I am a member (well, president, actually, although there are five of us that function as sort a cumulative president, I would say) of VIVA (Voga per l’Identità Veneta), an association that promotes the voga alla veneta, the Venetian rowing style (standing up, facing forward) indigenous to Venice and the lagoon. It’s becoming increasing difficult to maintain this 1000-year-old patrimonial activity, as the lagoon becomes almost unnavigable due to wave motion of speeding motor traffic. Our goal: get the residential remo (oar) back in the rio — make the canals safe for both oar and outboard.

Last Thursday, with the support of the Municipalità di Venezia, VIVA organized a quintessentially Venetian event known as a fresco. This is not the classic watercolor-on-plaster sort of fresco, mind you, but a term originating in the 16th (?) century referring to a evening gathering in Canal Grande that involves socializing, eating, drinking, and just as often music and singing. Our inaugurational fresco was instead letterario, and we were beside ourselves to be able to host Alberto Toso Fei, beloved author of Venetian Legends and Ghost Stories, Shakespeare in Venice, The Ruyi, and most recently Secrets of the Grand Canal (due out in English in the very near future). Stop after stop, he recounted literally centuries of secrets to an adoring public as the fleet made its way up the Canal from the Salute to San Marcuola. 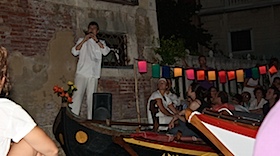 After some confusion at the departure point resulting from an extraordinarily enthusiastic turnout, the evening turned out to be a spectacular one in every way. The weather was ideal, the multicolored, traditional decorative lanterns glowed the length of the 50-year-old caorlina, and Toso Fei, atop it, was inexhaustible, both in his unflagging energy and in the stockpile of tales he had to tell. The nautical audience, bobbing before him in the estimated 50 to 100 boats of all shapes and sizes, remained transfixed to hear recounts of counts and countesses, scoundrels and kings, writers and musicians, princes, poets, priests and peasants whose fortunes and misfortunes were sprinkled along this historic waterway only waiting to be pescata di nuovo, retrieved once again. “Che emozione,” was a common comment, “so emotional.” “Un bel momento per Venezia,” a beautiful moment for Venice, another.

We ramped up a canal-full of curiosity about the boats, the voga (we proudly piloted the traditional batelle of Arzanà in our white tank tops with magenta Viva emblem), and for our organization — and rightly so: the reclamation of the voga may be the thing that keeps the city from turning into one fat tourist trap. (Alright, yes, I could be biased…)

The Municipalità di Venezia was thrilled with how things went, and as a result, our next outing is planned for Wednesday, the 21st of July, 8:30 – 11 p.m., this time, with traditional Venetian music and song from the 1400s to present day.

If you happen to be in the city and are interested in observing this phenomenon, or just tapping your toes along to the music, you’ll be able to meet up with the corteo on foot at the various stops along the canal (or hire your own gondola, perhaps). More details to come, here and on the VivaVogaVeneta.org website. In the meantime, VIVA la voga! 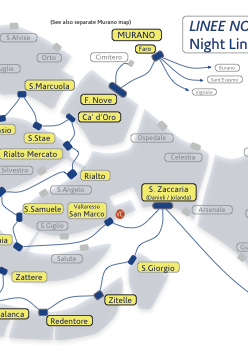 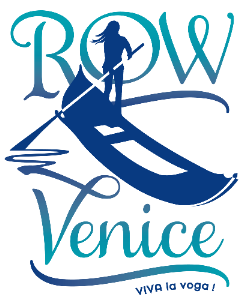